Adding Approvers to a Workflow

A Default Approver can add to the workflow and input an appropriate person as the next approver. After reviewing the report, the default approver should look to the right and select the “Submit and Forward” button, which will allow them to enter in a new approver’s name. This action will forward the report to that person.
A User-Delegate can, within a report, go to Details > Approval Flow and add an approver to the workflow by clicking on the blue + buttons. Hover over the button/s to see where the approval flow will be placed -- before or after an existing approver. This page will also show a field for adding a Grant Approver when OVPR approval is required. 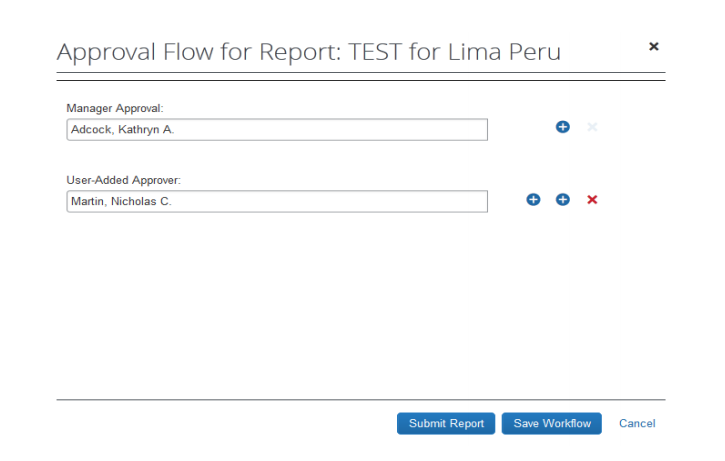 For a Grant Approver, in the Report Header the user must have input “Grant” in the Grant/Non-Grant field and the specific grant number in the Oracle Alias field. Only then will the option to add a grant approver be available in the Details > Approval Flow page, as shown below. 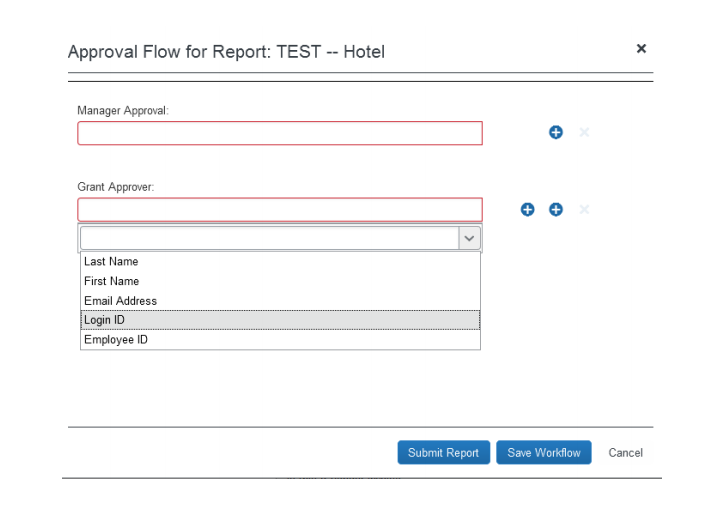 TIP: A user with multiple Approvers is advised to remove the Default Approver named in their Profile. If there is no Default Approver, the system will automatically prompt the user for an approver every time a report is submitted. This allows the user the flexibility of choosing which of their Approvers should be entered for a given report.